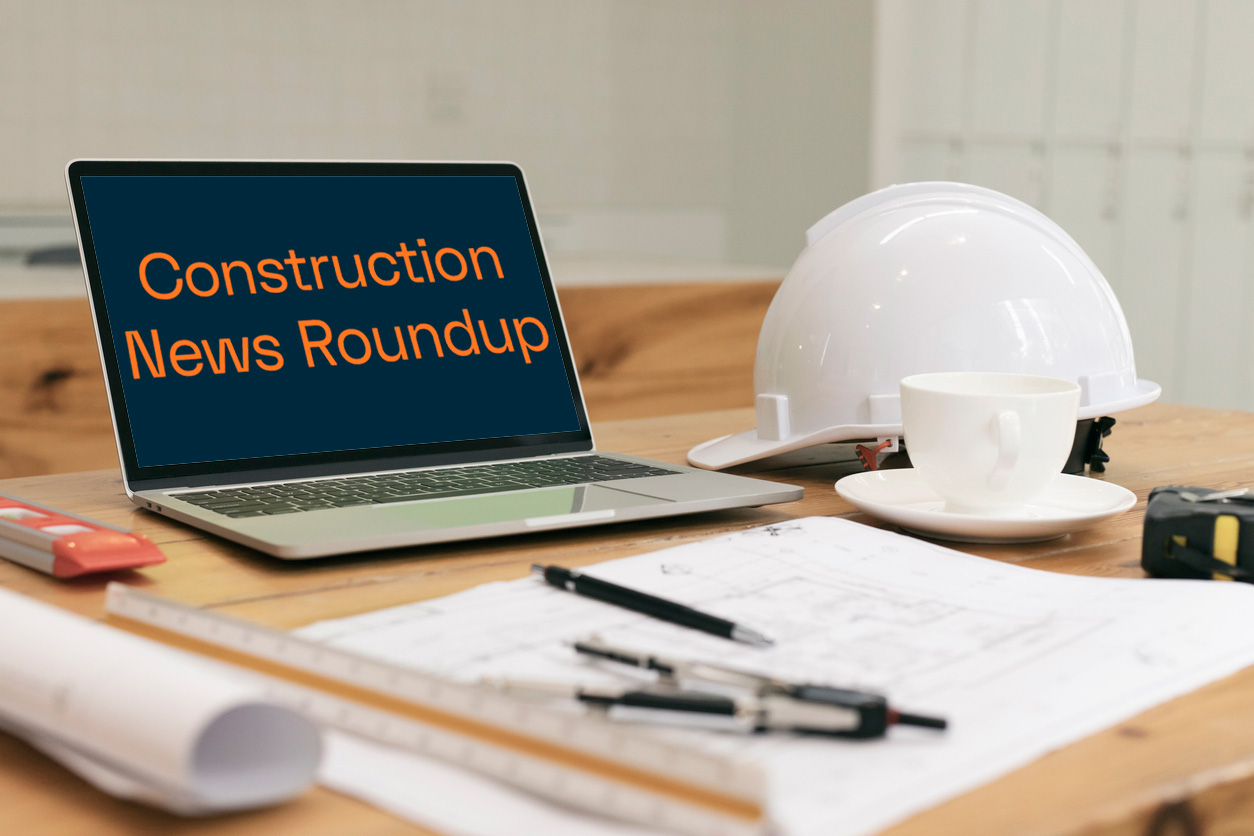 In the midst of global economic and political turmoil, following a global pandemic, it’s fair to say that this has been an interesting year. As 2022 enters its final month, the construction industry has been left with a lot of problems, from keeping up with new compliance regulations, to inflation, supply shortages and other economic constraints. It’s not all doom and gloom, however, as such times typically encourage governments and businesses alike to become leaner and more efficient. For those in construction, the name of the game will be to save both time and money while strengthening team cohesion, the key to which lies in digitising the worksite.

This blog covers some of the news highlights that you may have missed this month:

Everybody is motivated to make their homes more energy efficient; motivated by global warming concerns initially, and later cemented by the current energy crisis. This is why the UK government is exploring the possibility of widening insulation support to social housing and low-income individuals. Business and energy secretary Grant Shapps said: “A new ECO scheme will enable thousands more to insulate their homes, protecting the pounds in their pockets, and creating jobs across the country.”

This will present a great opportunity for those working in the insulation space, as well as those called upon to inspect buildings for signs of lacking or improperly installed insulation.

ATaC and NORAC have published a report that concluded that asbestos remediation work is still needed on over 100,000 buildings in the UK. The report voices particular concern to the exposure of asbestos during energy renovation work, presenting a risk to workers. According to current data, the risk of a fatal asbestos-related cancer is greatest among construction and engineering workers, and the green renovation could make these trades even more vulnerable.

This stresses the important of using checklists not only as part of each job (checking for asbestos before engaging in any activity) but to guarantee health and safety for one’s workers.

CIC warns Levelling Up will fail without adequate resourcing

The Construction Industry Council voiced concerns to the government over the need to maintain support to ensure that the ‘Levelling Up’ agenda comes to fruition. The CIC stated that a lack of resources and skills within planning departments had already lead to the shortfall in preparing and adopting up-to-date local plans, and that communities would benefit from local planning department staff having all the skills – including digital – that they needed to deliver.

This may seem like an issue from the government’s side, but this has a knock-on effect for developers – particularly smaller companies – as a lack of support and capacity from local planning offices can mean more time and effort will be required from construction organisations to get plans approved.

While not a direct solution to this issue, developers can at least free up time and resources in other areas, such as project and resource management for the building site. Using project planning software, for instance, can save time and money whilst reducing miscommunications and lack of project oversight.

isn’t it annoying when your budget gets cut mid-way through the project? That appears to be the case for HS2, as Michael Gove suggested that another review is needed to address the ongoing funding issues for the project, which has been subject to two government reviews in just three years. The lesson for the construction industry is that it’s important to maintain flexibility and agility in these unpredictable times. Any team with a good oversight of what resources are at hand and what deadlines and processes are laid out will be well equipped to deal with any uncertainty.

A cookie is a text file containing information stored on your computer or the device you use to visit a website. The cookie file usually contains the name of the website from which it comes and the lifespan (i.e. how long it will be stored on your device) as well as a value which is usually a randomly generated unique number.

Cookies are used to streamline the functionality associated with a website but also to collect information for the owner of the website. Cookies enable better customer adaptations on the website as it is possible to keep users apart from each other and thereby create a more tailored experience of the website. The cookie file is not harmful, cannot contain viruses or program code and cannot be linked to an individual or IP number.

Necessary cookies are needed for us to be able to view the website and for you to be able to log in. These cookies cannot be turned off. They are set based on what you do on the website and are used to remember your settings so that you can log in and your choices regarding cookies. They are active during a session and are removed while closing the browser.

Third-party cookies are cookies that belong to domains other than those displayed in the address bar. Google Analytics: Web analytics tool that collects data about how the website is used.